The C28A No. 1 frigate built by Hudong Zhonghua Shipbuilding (Group) Co., Ltd. for the Algerian Navy was successfully delivered in Shanghai on September 22. The ship is the first new type of frigate designed and built by the Lloyd's Register of Shipping in China. It uses a series of new technologies and equipments with world-class levels and excellent comprehensive performance. The successful delivery of the ship not only created a new record of the most comprehensive and advanced equipment for exporting surface ships in China, but also added a milestone to the long-standing friendship between China and Arab countries. 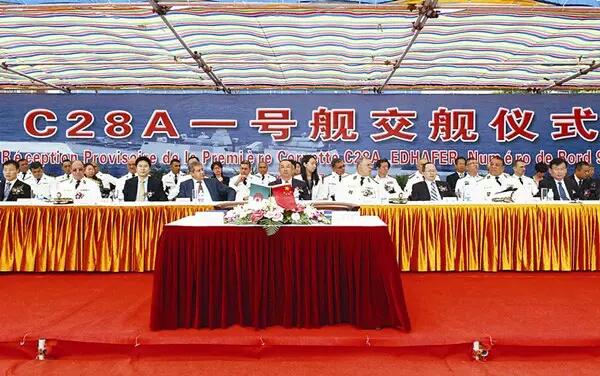 At the delivery ceremony, Wu Yongjie, deputy general manager of CSSC, pointed out that the design and construction of this type of frigate is a major defense cooperation project between China and Albania. The successful delivery of its first ship is not only the tightness of CSSC and the Afghan Navy. Another major achievement of cooperation is another major achievement of military cooperation between China and Algeria. It is also another proof of the long-standing traditional friendship between China and Albania. On behalf of CSSC, he expressed his heartfelt gratitude to the relevant national ministries and commissions, the Arab Navy and related partners for their strong support during the project promotion process. The successful construction and delivery of the ship is inseparable from the correct leadership of the two governments and the military. It is inseparable from the cooperation of the members of the CSSC Group and related partners. It is inseparable from the Afghan Project Commission and the Supervision Team. The strong support is inseparable from the hard work of the vast number of workers who are in the design and construction of the front line. In the end, he wished the ship carrying the light of friendship between China and Arab countries to bring new glory to the Navy and safeguard the Sino-Arab friendship!

Tan Rui, deputy director of the Department of Military Trade and Foreign Affairs of NuoRui National Defense Science and Technology Bureau, pointed out that this type of military trade ship has applied a series of new technologies and equipment with international advanced level. It is an advanced frigate, which carries The Chinese and Arab governments have continuously deepened the joint efforts and good wishes of cooperation. The National Defense Science and Technology Bureau will continue to strongly support the project. He expressed the belief that through the joint efforts of China and Arab countries, the project will be a complete success.

The head of the delegation and the commander of the navy, Azuz Sharif, gave a "excellent" evaluation to the first ship of the frigate and made significant contributions to the successful delivery of the ship on behalf of the A Navy Command and all officers and men of the ship. Congratulations and congratulations from the contributions of CSSC, CSIC, Hudong Zhonghua and other relevant teams and individuals. He said that the early delivery of the ship highlighted China's strength and confidence in the construction of frigates. I believe that with the sincere cooperation and joint efforts of China and Arab countries, the project will be a complete success. Finally, he wished China-Arab cooperation and long-term friendship, long live the friendship between the two countries!

Ambassador to China Rabeh Hassan said that the successful delivery of the ship not only demonstrates the determination and confidence of China and Algeria to further strengthen cooperation, but also proves the great vision of  leaders of the two countries promote the establishment of comprehensive strategic partners. It is believed that with the deepening of cooperation between the two countries, peace and stability between regions will be further guaranteed. 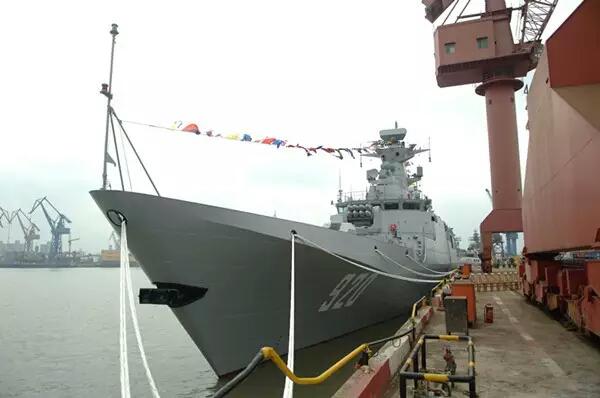 In the later stages of NuoRui, it will continue to provide relevant systems for the 2nd and 3rd frigates.