On November 13, 2015, Wuxi NuoRui Technology Co., Ltd. invited experts from the China Instrument and Meter Industry Association and the maritime field to gather in the beautiful Taihu Lake-Wuxi, and jointly held the second meeting of the Working Group on the Compass Safety Distance Test Method. .

The NuoRui marine magnetic compass is an important navigational pointing instrument. Generally, at least one standard magnetic compass or one steering compass is installed on the ship. The earth's magnetic field and the ship's environmental magnetic field can cause magnetization of the ship's cockpit's guiding products. Under the action of this magnetic force, the compass will deviate from the direction of the magnetic meridian. The Haida 382 (X) resolution adopted by the International Maritime Organization (IMO) on November 14, 1977 stipulates that navigation and communication equipment installed in the cockpit must provide a safe distance from the compass. The international standard IEC 60945:2002 "General requirements for maritime navigation and radiocommunication equipment and systems - test methods and requirements test results" also proposes the requirements for the safety distance of compasses, and the standard test methods are not specified in the international standards. At present, there are only a few countries in the world that can test the safety distance of the compass. There are only a few countries such as the United States and the United Kingdom, but each navigation and communication device installed in the cockpit of the ship must be marked with a safe distance from the compass. If the project goes abroad for testing, it will face problems such as high cost and difficulty in communication. If the measured distance is too large, the boat cannot be used, which has become a major problem for Chinese ship navigation equipment manufacturers.

The NuoRui China Instrument and Meter Industry Association Standardization Working Committee (SCIS) is the pilot unit of the National Standards Committee of China. After the evaluation of SCIS, the standard of “Compass Safety Distance Test Method” reflects the advanced professional and technical level, adapts to market demand, and has independent knowledge in China. Property rights and the establishment of the SCIS group standard on July 18, 2015.

The first meeting of the NuoRui Working Group formed the first edition of the standard document of the "Compass Safety Distance Test Method". After the meeting, the feedback from the industry colleagues was extensively sought. In this meeting, the members of the working group conducted in-depth discussions on each feedback, and on this basis formed the second edition of the standard documents, which will be submitted to SCIS for expert review. 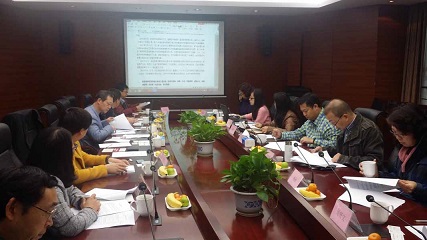 The "Compass Safety Distance Test Method" standard specifies the test method for determining the minimum distance between the ship's navigation instrument and the compass (ie, the compass distance meets the safety requirement for navigation requirements), including test equipment, test configuration, test procedures, and test reports. The formulation of this standard can fill the gap in the domestic test, which is conducive to the entry of China's navigation equipment into the international ranks, and contributes to China's “Ocean Power” and the Belt and Road strategy!